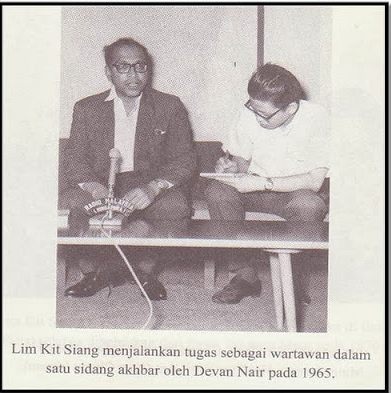 
Posted by gerakanmedia at 13:59 No comments: 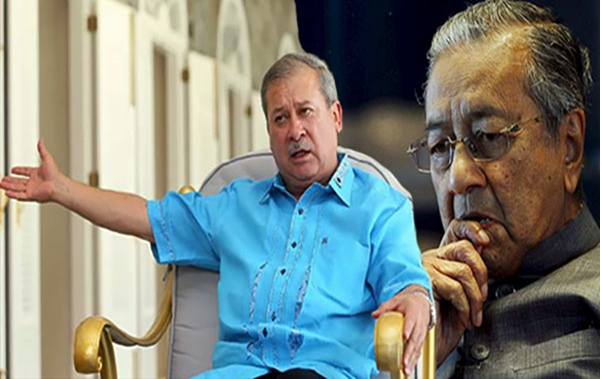 1. Sultan of Johor today criticized foreign leaders who "has passed his time" trying to divide the people of Johor in his speech during the inauguration of the Emergency Gallery Bukit Kepong, Muar today.

2. Speech Sultan Ibrahim clearly reflects the targeted leader is Chairman JYSEP. He said politicians need to be smart out there, telling people what to do in the land, who had long lived comfortably and safely.

4. Sultan Ibrahim had expressed "offended and hurt" by the allegations and described Dr Mahathir play "politics of fear and racism"
Posted by gerakanmedia at 07:36 No comments: 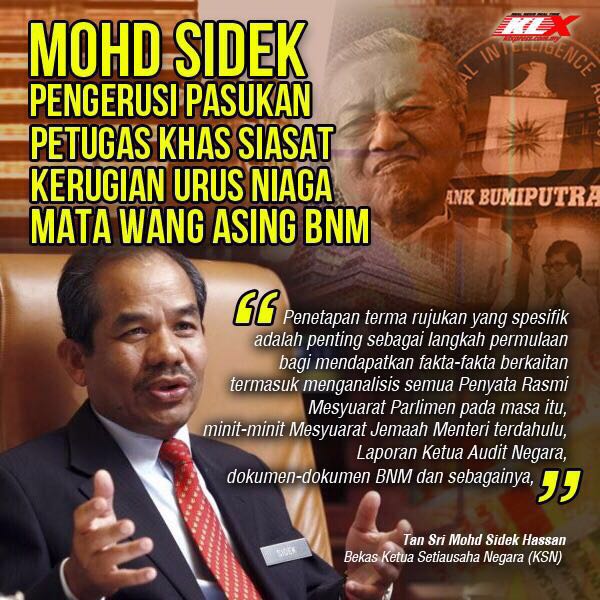 Cabinet appointed former Chief Secretary Tan Sri Mohd Sidek Hassan as chairman of the Special Task Force, to investigate the loss of BNM. Task Force members will be announced in the near future, consisting of those who are experienced to help get the real facts related to foreign currency transactions BNM.

Posted by gerakanmedia at 06:55 No comments:

This is just the beginning for DAP!! 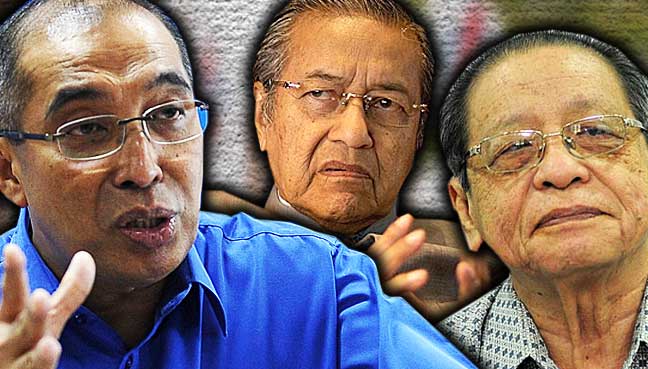 The resignation of the four DAP representatives from Melaka proves what many have known for some time: which is the DAP grassroots leaders are not happy about Lim Kit Siang flirting with Tun Dr Mahathir Mohamad. For some time many DAP leaders have been unhappy with Kit Siang and Guan Eng and now it appears to have finally reached breaking point.

There are many more in DAP who feel the same way but for the sake of the party they do not want to rock the boat. There are also Malays who support Pakatan but who are unhappy with Mahathir's role in the opposition. What Dr Wan Azizah Ismail said yesterday expresses the sentiments of many Malays.

The credibility and integrity of both DAP and Pakatan Harapan have suffered these last two years because of the unholy alliance between Mahathir and Kit Siang. All the gains the opposition made in 2008 and 2013 are going to be lost in the next general election.

No one doubts that both Mahathir and Kit Siang are serving their personal political agenda at the sacrifice of the interest of the voters. And the voters will show their unhappiness in the next election if this state of affairs continues.

The fact that Mahathir and Kit Siang said many nasty things about each other in the past and now embrace each other demonstrates a lack of principles and morals. As much as you may be united by a common objective, you still need to maintain some level of honour and integrity.

The damage, however, has already been done and after this U-turn it will be impossible to do yet another U-turn. The main unhappiness is with Kit Siang and Guan Eng so it does not take a genius to figure out the solution.

Salleh Said Keruak
Posted by gerakanmedia at 21:00 No comments: 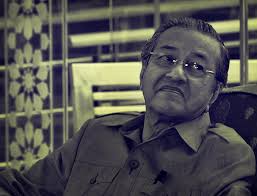 - Utusan Malaysia
Posted by gerakanmedia at 01:09 No comments: